The Debut Issue of The Spectral Times : Out Now! 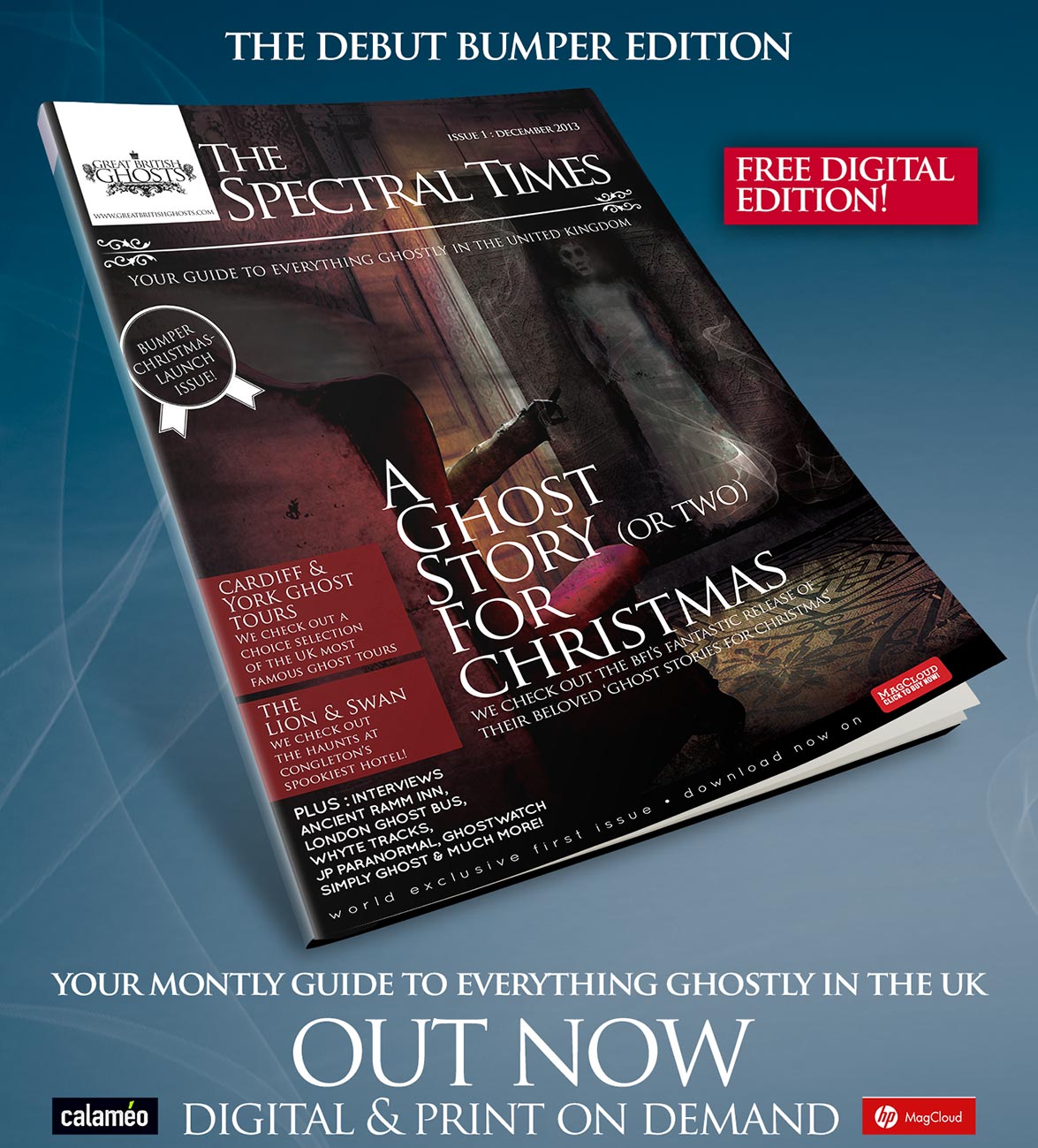 So we’re very pleased to announce our debut issue of ‘The Spectral Times’ is out now!

It’s been a labour of love and we’re proud to finally have it see the light of day!  Celebrating all things ghostly in the United Kingdom. Something we’ve felt has been sadly unappreciated for a while and something which needs to be corrected.

This issue we take a fond look back at the BFI’s Ghost stories for Christmas along with their other past supernatural outtings and the future of the series! We’ve got some very exciting articles from some fantastic teams around the UK including. GPS, Team G.H.O.S.T, PIMMs and many more! We’re also excited to be covering famous locations including the fabulously creepy Fort Amhurst in Kent. We’ll also cover some famous haunts in Wales with the legendary tour guide Jim Cowan, along with the excellent Original Ghost Tours of York along with the world renowned Ancient Ramm down in Gloucestershire being covered by the fantastic JP Paranormal! On top of which we’ve got coverage of Londons infamous Ghost Bus Tours!

On the publications side we take a look at the work of Darren Storer and Whyte Tracks on their latest work and Simon Marshall on the fantastic Christmas Ghost Stories. We also cast an eye back over some particularly scary childhood scares with the launch of ‘Behind the Curtains’ a dark insight into the making of ‘Ghostwatch’. A title which no doubt will even now be making grown adults leap behind their sofas! This issue could not have been together without the support of so many people especially everyone who’s been supporting the official group so big thanks to you all. This hopefully will be the start of something extremely special. So if you’re keen to get involved then don’t delay and get in touch! …and remember, don’t forget to check under your bed…..

Next post The Spooky Dozen : Number 11 The Black Monk of Pontefract!