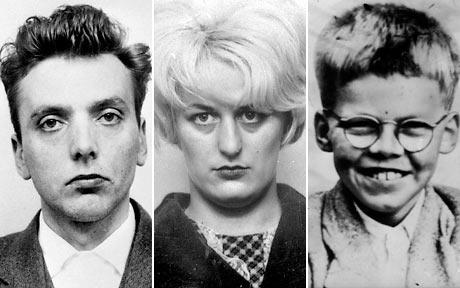 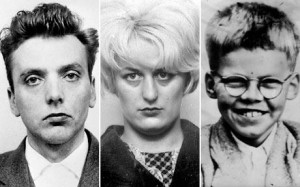 The names Ian Brady and Myra Hindley are well known to anybody who grew up after the sixties in Great Britain. They remain two of the most vicious killers in the history of this fair isle. Along with Fred and Rose West, they sit in that most heinous of crime categories – child murderers. It has been more than half a decade since Brady and Hindley began a reign of terror that culminated in the deaths of five victims – all between the ages of ten and seventeen years. As anybody with even a basic knowledge of the crimes will know, this is unlikely to be a definitive count. It is thought that the couple could have murdered more than twenty children in all. There could, plausibly, be scores of victims that there never found. As Hindley and Brady made a habit of burying bodies on the windswept Saddleworth Moors, the police effort to find them was always bound to be difficult.

There is one such victim, twelve year old Keith Bennett, whose face has steadily become just as well known as those of his killers. As one of the (possibly forever) lost, Bennett has come to stand for the truly overwhelming evil of this murderous couple. Over the decades, Bennett’s mother Winnie spoke openly about her grief and about the fact that she would never stop searching for her son.She, like many former police officers and criminal experts, staunchly believed that Keith was buried somewhere on the Saddleworth Moors. In an overwhelmingly sad, but not completely unexpected, turn of events, Winnie Bennett died two years ago without ever finding her son. Now, some paranormal researchers are trying to locate his elusive burial spot via electronic voice phenomena.

Due to the surge in popularity of television shows like Most Haunted, lots of people are now very familiar with the nature of EVP investigations. It is believed that EVP transmissions are unexplained sounds found on electronic recordings. These sounds often resemble speech and paranormal experts are convinced that they can be used to communicate with those who have died. Like all paranormal phenomena, EVP recordings are a very controversial subject. Whilst paranormal investigators and researchers look to the sounds as evidence of an afterlife, sceptics are keen to debunk this idea. They suggest that these unexplained noises are a result apophenia – the subconscious desire to find meaning in undefined sound. This is a form of pareiodolia, the psychological urge to find patterns in seemingly random stimulus.

The problem, as usual, is that neither side can come up with any real way to prove their claims. The paranormal researchers would cite the thousands of high quality EVP recordings captured over the years as more than enough evidence, but – alas, scientists aren’t too willing to explore the notion that not everybody is imagining the disembodied voices that they hear on walkie-talkies and radio recording equipment. Unfortunately, the brother of Keith Bennett isn’t too keen on the idea of paranormal sleuths searching for the body of his lost sibling either. He has slammed the psychics, dubbing their efforts nothing but nonsense. It doesn’t matter whether you believe in the power of EVP or not, this is a perfectly understandable reaction from a man whose family has probably already tried every paranormal technique in the book in order to find their little boy.

In her grief, Winnie Bennett spent almost fifty years searching for her son – can we really be so naive as to think that she never turned to more alternative methods? At this point, science and the paranormal have both failed the Bennett family. The promises of forensic experts and criminologists have been no more help than the paranormal practices that they so often scoff at – that’s the real truth to this story. There’s no doubting the fact that these spiritual investigators genuinely want to help the Bennett family, but they’ve got to realise that their intrusions are every bit as arrogant as those of the amateur detectives who fill newspaper columns with their altruistic promises to find the body of the Bennett child.

They’ve got to understand that grief never really diminishes and that fifty years of broken promises are bound to breed more than a little cynicism. When these paranormal investigators find the body of Keith Bennett, then – and only then – can they crow about their paranormal abilities. In the meantime, their efforts must be quiet and humble. They must be bigger and better than those who would dismiss their efforts without first giving them a moment’s thought.

Next post When The Atheist Met The Spiritualist - Can You Believe In The Supernatural, But Not Believe In God?

Previous post One House, Three Exorcisms And A Whole Lot Of Demons - What Really Happened To Latoya Ammons And Her Family?