The Paranormal A To Z – Part Two 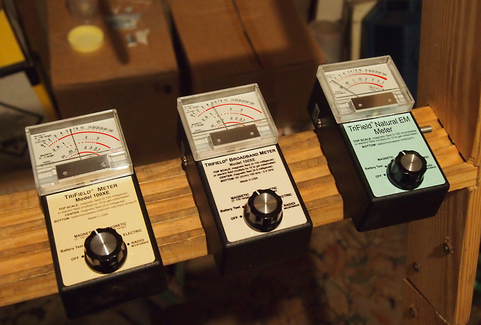 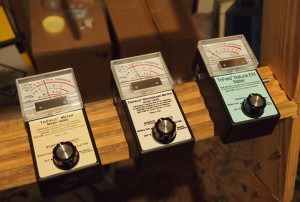 As we continue our weekly trip into the world of the paranormal, it’s time to meet some of the major players – the big hitters, the famous names. What’s the difference between a ghost and a demon? Has anybody actually seen ectoplasm, outside of ‘Ghostbusters?’ What’s a ‘kobold’ when it’s at home anyway? We’ve all got questions when it comes to the mysteries of life, few of which will ever be answered satisfactorily. Yet, it isn’t the answers that truly matter – it’s the freedom to ask them. I hope you enjoy part two of my journey into some of the bigger mysteries that we face today.

Debunking – the term ‘debunking’ is used to describe the process of proving something false. It can be homeopathic medicine, the paranormal, vaccination myths – if it is a widely held idea, it can be subject to debunking. The word itself is usually used to refer to attempts at falsification, rather than actual confirmation of it. As such, paranormal ‘debunkers’ are people who don’t believe in the paranormal and are actively trying to find prove proof that it does not exist.

Déjà Vu – the phenomenon we call déjà vu is one of the most mysterious sensations that human beings experience. It happens to almost everybody on the planet, at least once, whether they believe in the paranormal or not. To experience déjà vu is to feel like you’ve seen something before, even if you’re sure that you haven’t. There’s also déjà vécu, déjà senti and déjà visité – feeling like you’ve already lived, felt or visited (respectively) something that you’re experiencing for the first time. Whilst some people believe that déjà vu is nothing but a mental tic, there are others who believe that it could be a memory from a past life or out of body experience.

Demon – if you’ve ever watched a horror movie about a vengeful spirit, you’re probably familiar with the concept of demons. Whilst Hollywood blockbusters like ‘Paranormal Activity’ should certainly be taken with a pinch of salt – they choose to focus on demonic spirits, precisely because these restless visitors are often the most dangerous of all paranormal entities. A demon is a powerful and intelligent supernatural being with a strong disregard for human life. It can change shape, attach itself to people and objects, and even prevent other spirits from crossing over. A lot of people believe that demons aren’t regular spirits, that they have never lived as human beings, and as such, have very few limitations. These demonic spirits are said to be able to possess a living body. They are violent and immensely powerful, but they’re also extremely rare.

Doppelgänger – the word doppelgänger means ‘double goer’ in German. It’s a concept that has been used in literature for hundreds of years, a strange and ultimately mysterious phenomena that human beings seem to be fascinated by. It’s been explored extensively in the field of psychoanalysis too – Carl Jung very famously described the human brain as a dominant ego and a ‘double,’ an unconscious copy of a personality, created to facilitate daily social interactions. In terms of the paranormal, a   doppelgänger is a spirit who can copy human forms, either living or dead. It is believed to be behind the experience of seeing a loved one in one place, at the exact moment that they die in another.

Ectoplasm – a sticky, viscous material once believed to be the residue of a ghostly visitation. To clear things up, modern investigators do not consider ectoplasm to be a real phenomenon. It is, rather, a throwback to the 18th and 19th century, when spirit mediums used tricks to make their paranormal performances more entertaining. There is no such thing as ectoplasm, I’m afraid – not unless your name is Dr Venkman.

Electromagnetic Field – some paranormal investigators believe that fluctuations in the electromagnetic field are a direct side effect of supernatural visitations. There are lots of apparently haunted locations throughout the world that have unusually high electromagnetic readings, and these locations tend to also be associated with frequent paranormal anomalies. Whilst scientists and debunkers claim that electromagnetism itself can cause the brain to imagine strange things, there is as yet no conclusive evidence of this.

Floor Plan – again, lots of people forget that a paranormal investigation is just as well thought out and as rigorously put together as any other. It’s important to have a clear plan, extensive equipment check lists, the right personnel and a suitable schedule. A floor plan helps investigators keep track of where each piece of equipment has been placed during large scale operations. It also comes in handy for recording the location of anomalies.

Footfalls – another very common, and self-explanatory, paranormal occurrence. This anomaly usually takes the form of a pattern of footfalls or footsteps, always the same number and always in the same location. It’s the kind of phenomena that sceptics and debunkers have made a living off trying to falsify, but paranormal experts believe that it could be a symptom of residual haunting. At this time, there are still lots of cases every year that involve unexplained footfalls.

Geiger Counters – many paranormal investigators subscribe to the theory that supernatural activity is associated with distinct changes in the surrounding environment. These changes can take different forms – everything from electromagnetic fluctuations to temperature drops, static electricity, even background radiation. In some cases, these changes can be measured and recorded using a sensitive device called a Geiger counter.

Ghost – this is the blanket term for paranormal occurrences that seem to take a sentient form. A ghost is believed to be the spirit or soul of a former human being, manifested as a strange or otherworldly presence. It’s important to remember that opinions regarding paranormal entities just as wildly as they would for any other medium – some people think that ghosts are fully conscious beings, either visiting or trapped on the earth, whilst others believe that they’re nothing more than an imprint of a human life that has been lost. This latter hypothesis could be used to explain why most ‘ghosts’ have no real contact with human beings – they’re simply seen in the same places, over and over again.

Next post The Paranormal A To Z – Part Three

Previous post The Paranormal A To Z – Part One