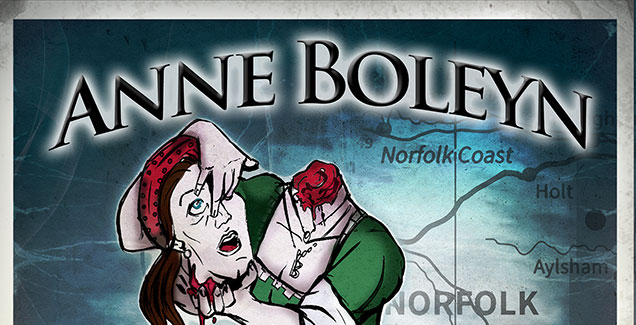 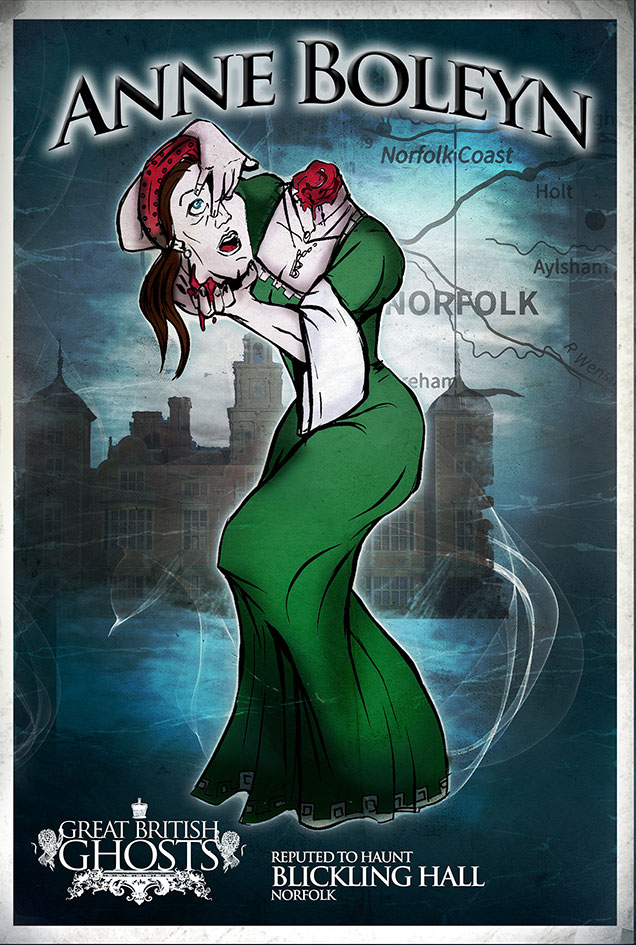 Anne Boleyn is arguably one of Britain’s most famous ghost. She’s appeared everywhere from Hever castle in Kent where she spent a large amount of time in her childhood and was courted by Henry Viii. Alongside the tower of London where of course she was finally killed by her then husband Henry viii. In fact In 1864 a guardsman, on sentry duty, saw a figure float out of a doorway towards him

He challenged it, with the traditional “halt! who goes there?” The figure took no notice, and continued towards him. He said that the woman was wearing a bonnet, but didn’t appear to have any head inside it. He lunged at this terrifying apparition with his bayonet, which went right through it. The poor man fainted on the spot. He was later had up for a court-martial, but his colleagues backed up his story, claiming that they too had seen the floating, headless spectre.

Blickling hall in Norfolk though is one of her most famous hauntings also rumoured to be Anne’s birthplace. It’s said at midnight on the anniversary of her death, she is said to make a dramatic return, travelling up to the house in a carriage pulled by headless horses, dressed all in white, bathed in a red glow, and cradling her head in her lap!

Anne’s the first of our Spooky dozen set. Watch this space for further ghosts!

Previous post Susan Hill -The Woman in Black The Legacy lives on.