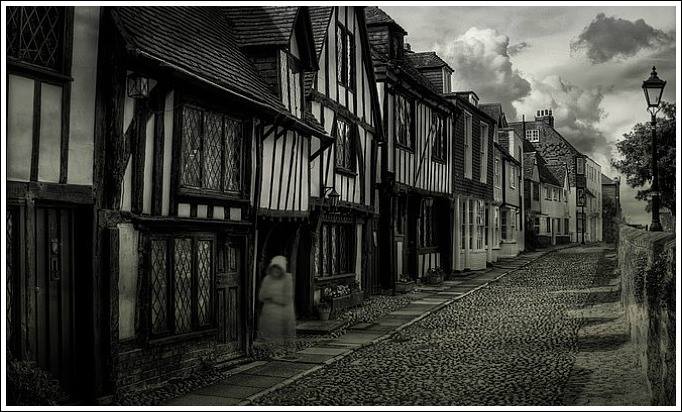 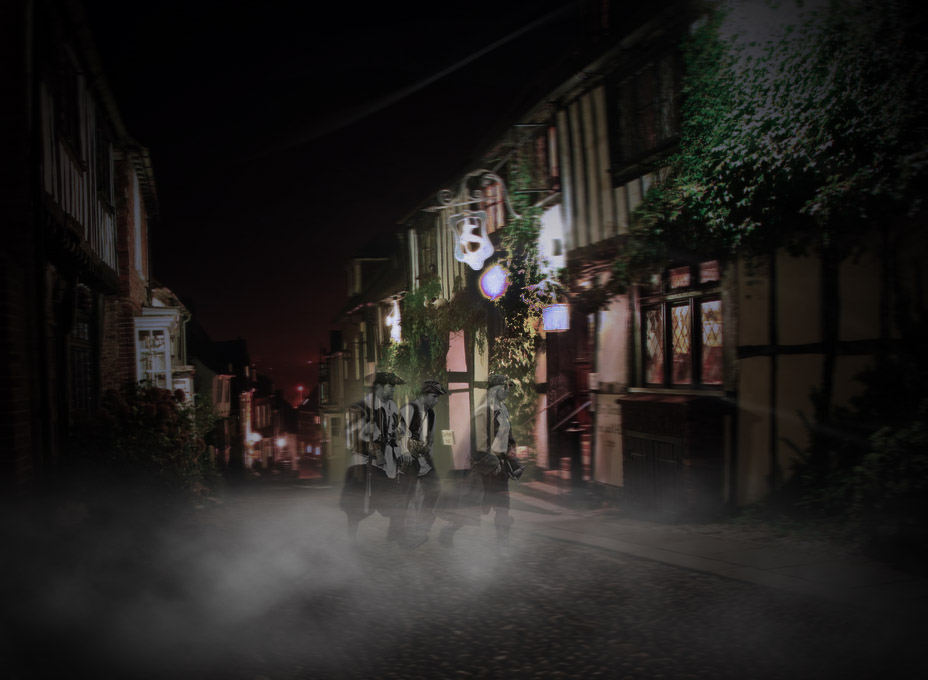 On a moonlit Saturday evening with a bitter November breeze illustrating we’re very much into winter and out of Autumn we find ourselves traversing to one of Sussex’s most stunning towns, Rye, to partake in the Rye Heritage Centre’s renowned Ghost Walk! Having heard so much praise about the ghost walk in the past we’re particularly interested to find out more about the town’s smuggling past and it’s notoriety for hauntings. As once a cinq port of England, Rye’s rich history and it’s preservation of it’s beautiful tudor buildings really make it an incredible place to visit.

First off it’s an introduction from our tour guide Peter Costick at the Heritage Centre. Peter is clearly hugely knowledgeable on Rye, and it’s also great to see the tour is on the smaller side with around 10-13 people. We’re told the centre prefers to keep tours to these numbers rather allowing larger crowds (as often tours do) which we feel spoils the atmosphere. Starting with a chance to try out the antique penny arcade machines upstairs in the centre it’s a great opportunity to catch a glimpse of some true mechanical marvels. There’s also an abundance of ‘macabre’ automatons such as the ‘haunted cemetery’ and ‘the guillotine’ which could not make more a more apt start to the tour!

Following this, we’re led downstairs to view a light and sound show based on the remarkable town model located in the centre. Having had a chance to see this part of the tour before it has to be said the amount of detail within the town model is still breathtaking. It’s also a great way to take in an overview to the town, and to the amount of changes it’s undertaken over the years. Though which (gladly) isn’t reflected in it’s wonderful architecture.

After the show, we’re led out onto the streets of Rye. Without giving too much away, the main ‘walking’ part of the tour is impressively extensive and we cover a great deal of the centre of the town, with Peter pointing out some particular areas of interest. Amidst which, we’re also given some intriguing facts about the history of the town, and get an in-depth run down Rye’s most haunted locations. We also get a chance to hear of a few of the more recent ghost stories, making a refreshing change from other ghost tours. This really adds a personal touch to the tour and brings home the fact that many people endure hauntings on a regular basis. Something easily forgotten 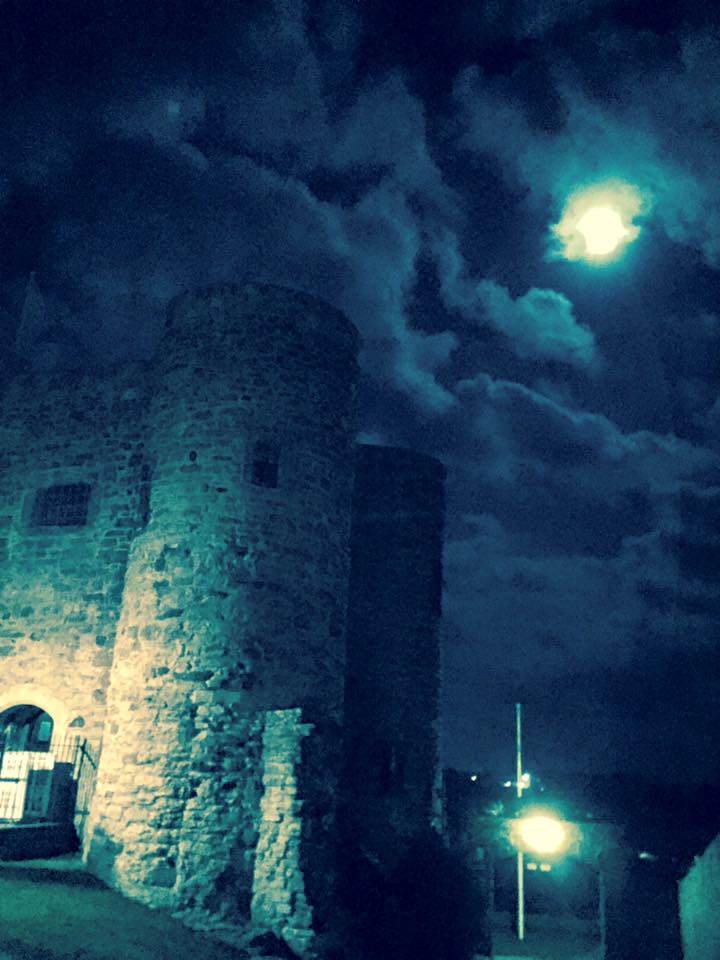 Following our walk through the town, we’re led towards the impressive Ypres Tower, an ancient 14th century prison which overlooks the (now) marshland of the surrounding area. With a rich history of imprisoning murderers, madmen (and women) and far too many stories to tell here, our visit makes for a captivating change to the tour. On top of which it has to be said it’s an absolute privilege to have a glimpse into such an amazing location after hours (especially with a bright moon illuminating the women’s prison area). All in we’re given around an hour to tour the towers, including upstairs and downstairs, hearing about reports of hauntings and ghostly goings on. But you’d be forgiven for thinking that was it, as following our departure we’re led back to the centre of town with still further ghost stories to hear. It’s remarkable how much one small town can offer.

At just over three hours for the tour and covering such a varied range of locations it’s by far and above the best tour we’ve taken before. It also has to be said it’s incredible value for money. We’re told tours are booked up well in advance so ensure you keep an eye out for any future events. If you’re a fan of ghost tours, or simply would like to know more about the rich history of Rye then this is a must.

Find out all about Rye’s Heritage Centre and Ghost Walk at:

Next post Delving into Devilishly Good Optical Illusions with Diableries!