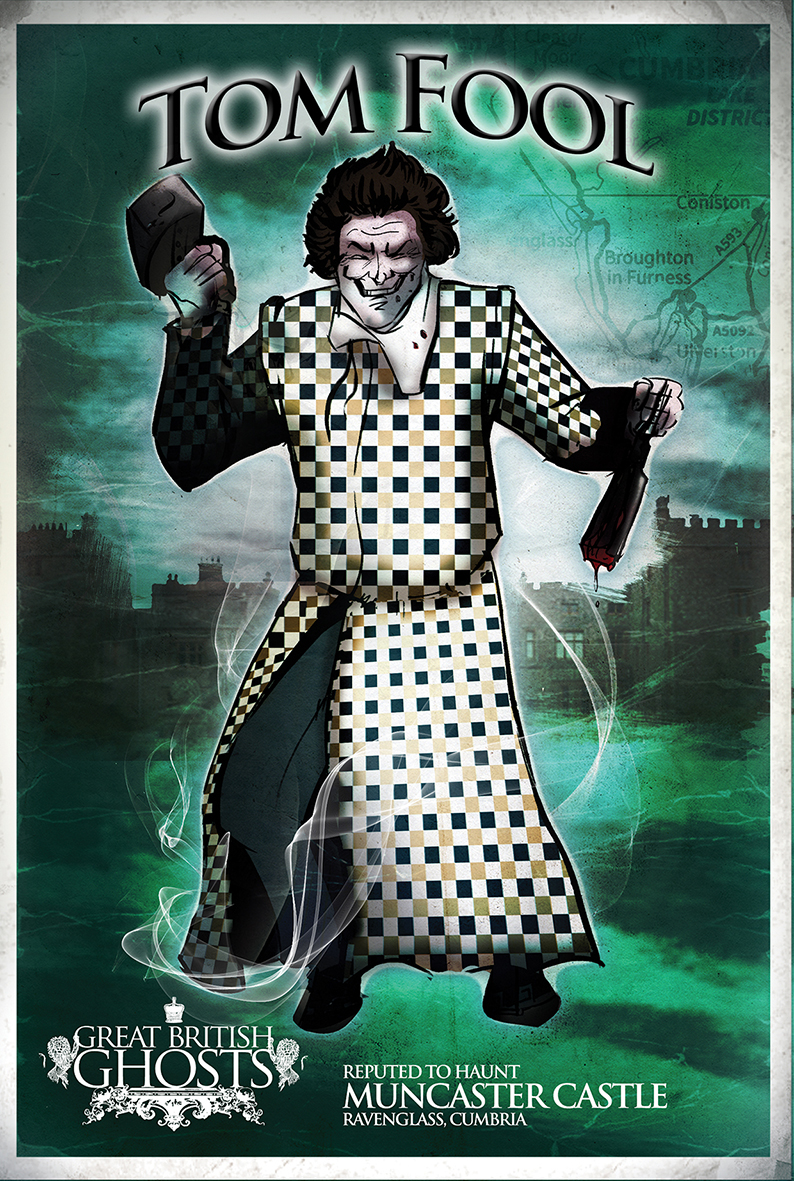 Tom Fool or ‘Tom Skelton’ is reputed to haunt Muncaster Castle in Ravenglass Cumbria.
In life Tom was a jester and he took pleasure in playing pranks on people (hence where ‘tomfoolery’ comes from) not always nice ones at that.
He would spend many hours sitting under his favourite tree near the castle. When a traveller passed him and asked him which way to go, he would decide whether he liked them or not. If he didn’t then he would send them towards the nearby quicksands where they meet their demise.

Under the orders of Sir Ferdinand Pennington, Tom cut off a carpenter’s head off as punishment for falling in love with Helwise, Sir Pennington’s daughter.

Tom is rarely seen, but his spirit continues to play tricks. He’s still known to haunt the tapestry room at Muncaster Visitors complain of the disturbed nights, hear footsteps outside the the room, see the door handle turning, and the door opening although nobody is there. Along with Tom a child is often heard crying towards the window end of the room, and sometimes a lady heard singing, comforting a sick child.