The Exorcist undoubtedly remains one of the most beloved horror films of all times – constantly topping horror polls worldwide. Originally adapted by William Peter Blatty from his 1971 novel the film has become a cult watch of the genre. Most recently a follow up series has made it’s way to TV reigniting interest into the 70’s classic and it’s been fantastic to see a whole new generation follow the plight of the Mcneil family. So when we heard about The Exorcist making it’s way to the stage we simply couldn’t miss out on this amazing opportunity to see how the cult story fits into the theatre!

Following the well known tale of Regan Macneil fighting for her life after a monstrous demonic force possesses her. We watch the fight between good and evil as a local priest and a renowned exorcist work with Regan’s mother to save her daughter’s soul.

Sean Mathias’s clever staging makes great use of the limited space on stage – focusing the events on Regan’s bedroom. In which via the use of projected effects we watch as creatures climb the walls and demonic writing appears and vanishes. There’s also some very clever effects throughout which constantly keep you on your toes. Moments such as the famous head-turning scene arguably carry better than the vomiting pea soup. Theatreland is no stranger to terrifying plays with a rich history including Let the Right One In, Ghost Stories The Show and of course The Woman in Black. The Exorcist carries on in this vein well, with some genuinely unnerving moments in it’s first half as suspense is built. Confined to it’s performance times, the packed second half relies more on shocks and screams but equally carries it all well to a satisfying finish.

Clare Louise Connolly is superb as Regan – a convincing naive character who finds herself twisted by the unseen hands of the demon inside her. Jenny Seagrove is also fantastic as Chris Macneil, the tortured actress mother who’s career is put on hold as she struggles to cure her daughter. Adam Garcia excellently portrays the troubled Damien Karras, a priest who’s battling his own demons and questioning his own faith. Whilst Peter Bowles Father Merrin’s brilliantly carries the presence of the titular saviour to Regan’s demon.

But the true star of the show has to be the voice of the unseen demon (voiced by the legendary Ian Mckellen). His warm, dulcet tones fantastically fit the evil Pazazu attempting to seduce the young Regan, occasionally fleetingly revealing the hoarse bark of the monster it really is.

Where the show falters is unfortunately with it’s late admission policy. Most similar performances have a strict ‘no late admissions rule’ (such as the Woman in Black and Ghost Stories The Show) but we watched in utter dismay as about 10minutes into our performance when a large group of people made their way into the show, scrabbling for their seats. To most plays this would be bad enough, but in a show which relies on making use of the darkness and the building of tension it’s unforgivable.

Lastly we were bitterly disappointed to watch the show with three loud tourists chatting behind us throughout. Again quiet whispering is to be expected in a similar performance but when a disruptive audience member is annoying other theatre-goers it’s unacceptable. I actually raised this with an usher at the interval who apologised and said she’d speak to her fellow staff members so the tourists in question could be warned and observed with a view to take action if it carried on in the second half. …and so the audience members returned (now with added large bags of popcorn) and proceeded to chat – was there any ramifications or a warning? No, leaving a thoroughly annoyed row of audience members shushing them

Unfortunately following this we’ve since discovered this has happened a few times with Exorcist performances. You can only hope the staff are more proactive in this area and clamp down on late admissions as sadly otherwise the scares are diffused by disruptive audience members.

But apart from these niggling issues The Exorcist is a worthwhile watch for any horror fan.

Tickets are available at http://www.atgtickets.com/shows/the-exorcist/phoenix-theatre/ 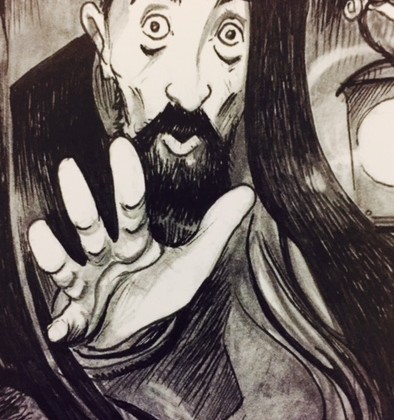