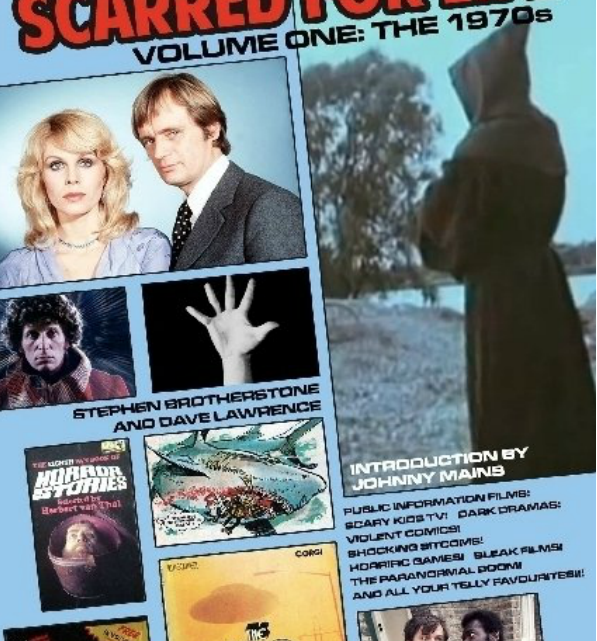 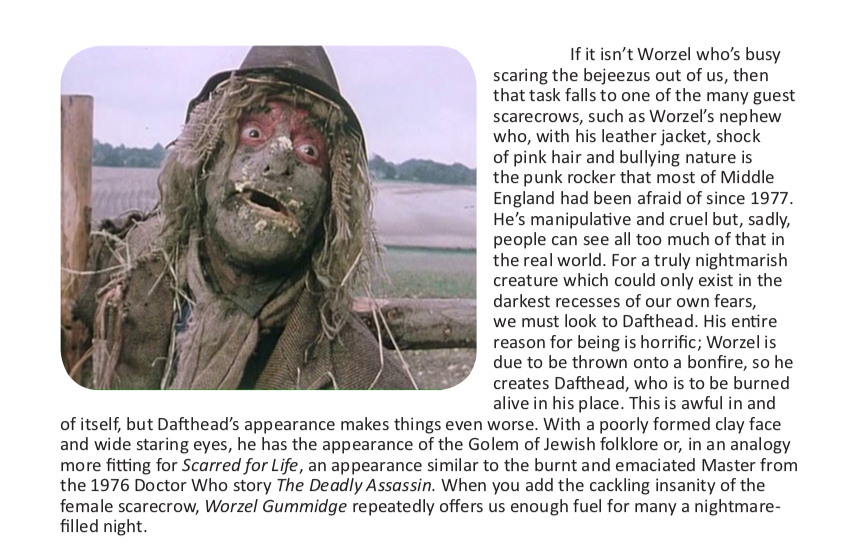 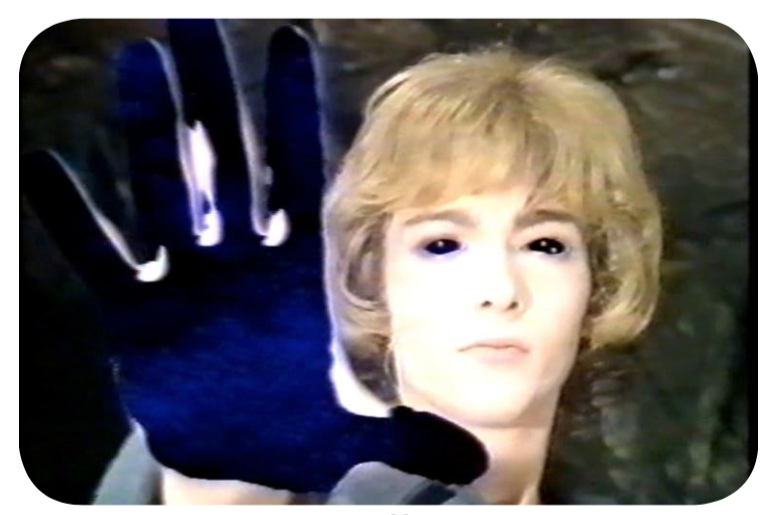 It’s fair to say the ‘70s was a terrifying time for any child. On TV scarecrows leapt upon small children in the fields and ghoulish white haired fiends presented a weekly count down of music. So it’s no wonder amidst an era of censoring kids tv that now some are looking back to the horrors of 70s with a rightful nostalgia.
That’s why when we heard about Scarred for Life and their debut book based around the decade of 1970s and the horror of it’s pop culture how could we refuse?

Compiled by Stephen Brotherstone it has to be said Scarred for Life is a must have for any fan of the darker side of pop culture in the 1970s. The research and background information on broadcasts such as the nightmarish Public information films ( remember the spirit of dark water ?), disqueiting adult dramas and horrific kids tv is simply stunning. Within this compendium a true wealth of knowledge lies. We pariticularly loved delving into dystopian sci-fis such as Children of the Stones ( now cherished as one of the classic folk horrors of yesteryear ) horror films and now banned horror comics which depicted violence deemed unfit for younger viewers. To that point, its fantastic seeing Hook Jaw has had a recent re-release introducing a whole new generation to the terrors of the sea.

On top of which it’s hugely enjoyable to look back at an era where horror infiltrated many childhoods (remember horror-themed toys and sweets such as Dracula lollies.) it’s evident it was a decade where we took horror for granted somewhat and with the demise of institutions such as Hammer we now fondly look back at the decade as a hey day for bright red blood gore on our home grown horror film industry and childhoods where horror themed paraphernalia was quite literally everywhere.

It should also be said it’s clear from classics such as the Wicker man and Blood on Satan’s Claw it was a time when folk horror first seemed to take hold of cinema. So with it’s recent revival as a genre there’s clearly no better time to delve through the pages of SFL and rediscover some of those lost classics from yesteryear. 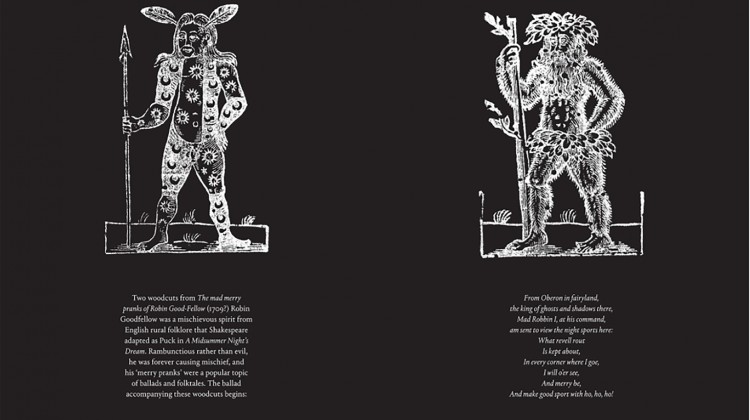