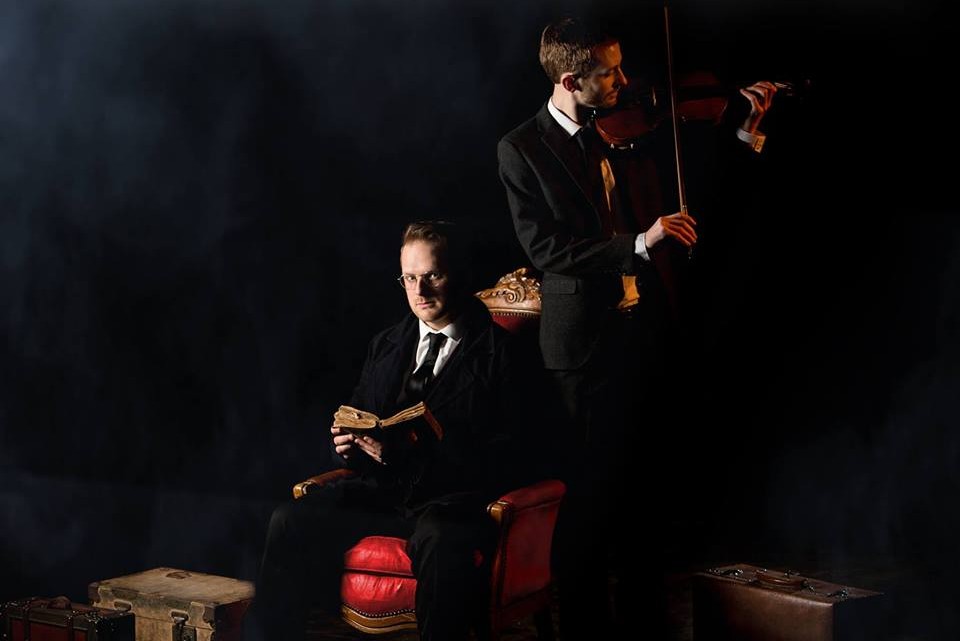 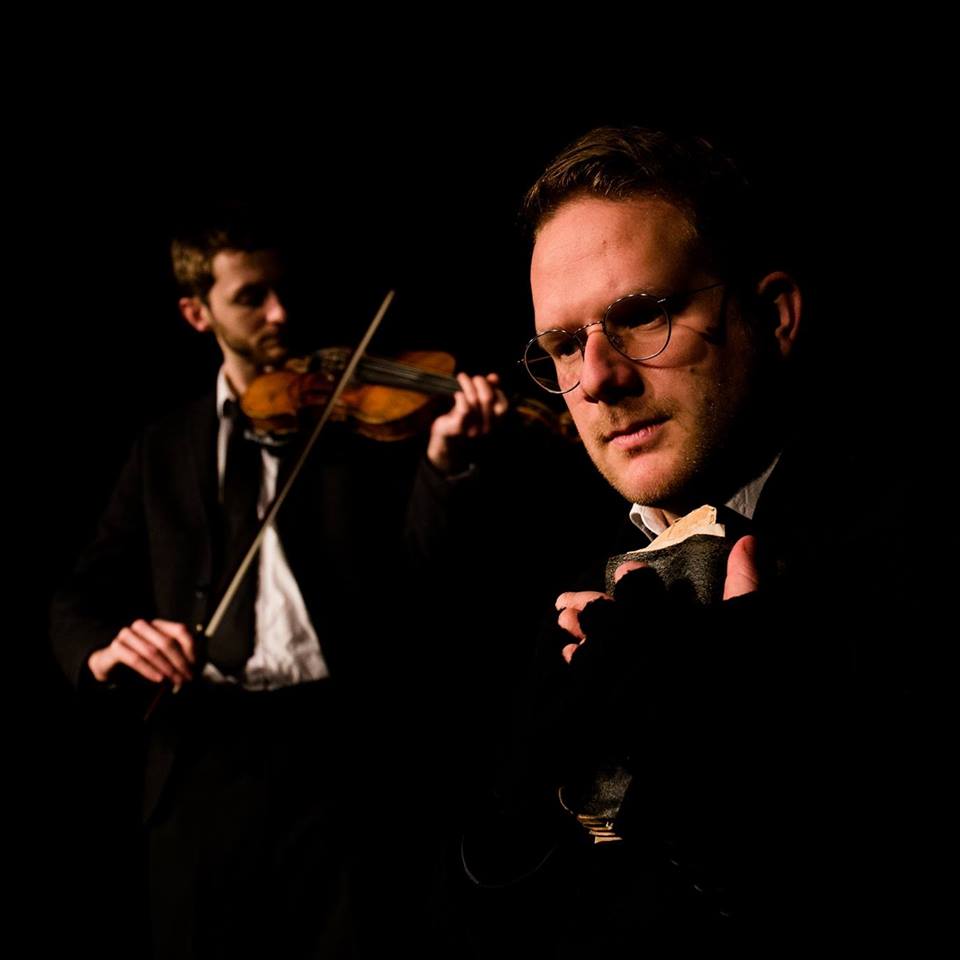 It’s no secret that we loved last year’s performance of ‘The Book of Darkness and Light’ at the Theatre Royal Margate. Flipping the time-old tradition of the ghost story reading in a brilliantly conceived new format, with Adam Robinson as the storyteller, accompanied by the incredibly talented Ben Styles as the violinist who provided wonderfully atmospheric soundtrack to the tales. It has to be said we found the experience particularly emotive and eerie which undoubtedly was our favourite ghost story production of the year!

So with the nights drawing in and a chill in the air we were again honoured to receive yet another invitation to attend a performance of the talented Book of Darkness and Light at the same haunted theatre, this time with the BODAL’s new show ‘Shivers’. With the promise of a darker show and one with a slightly longer running time, we couldn’t wait to find out just what the team.

As ever the Theatre Royal Margate is such a perfect performance space for the team. With numerous ghost stories and closed off boxes where it’s said spectres have been witnessed it’s the ideal backdrop for an array of superb ghostly tales. So it’s great to see that this is certainly the case – only these tales are far more than unsettling..they’re spectacularly scary.

With Shivers three stories are told from the book, with each narrative feeling refreshingly different to the next. But it has to be said that each carry a remarkable sense of horror something which is most certainly more predominant than last year’s show. ‘Shiver’ s stories definitely feel like they’re much darker in tone than last years’ performance which is no bad thing at all. There’s also a greater sense of depth to the performance with a variety of stage props and audio accompaniment in effect (not giving too much away). Amidst some of the darker moments of the production there are audible gasps from behind us in the theatre and even I found myself gripping the side of the theatre seat. It’s quite simply phenomenal that from such a minimalist setup the output is astonishingly effective and result in some of the most horrific and superbly ghastly stories which I promise you will leave you unsettled.

It has to be said Adam Robinson is again on top form as the storyteller, portraying the haunted character with a mysterious past utterly convincing. His characters are also astonishingly authentic and portrayed exceptionally. I’s quite incredible to watch him switch so effortlessly between a mix of characters from such a vast array of backgrounds. Ben Styles is also brilliant as the violinist, scoring the tales with an incredibly evocative and eerie soundscapes. The likes of which really do throw you into the midst of these haunted settings. The stories themselves feel rich and veritable with truly believable characters and absolutely vivid imagery. Most certainly there’s a feel of the classics of M R James or E F Benson to them but at the same time they stand apart as something else altogether, still retaining a unique brilliant dark tone to them. We could easily envision an anthology of these stories televised or adapted to radio.

After last year’s Book of Darkness and Light show we had no idea just how such an unsettling set of stories could be topped but somehow the team have done it again. ‘Shivers’ is an astoundingly unsettling set of ghost stories, which completely both blew us away and left us feeling utterly unnerved. Make sure you catch this show whilst you can.