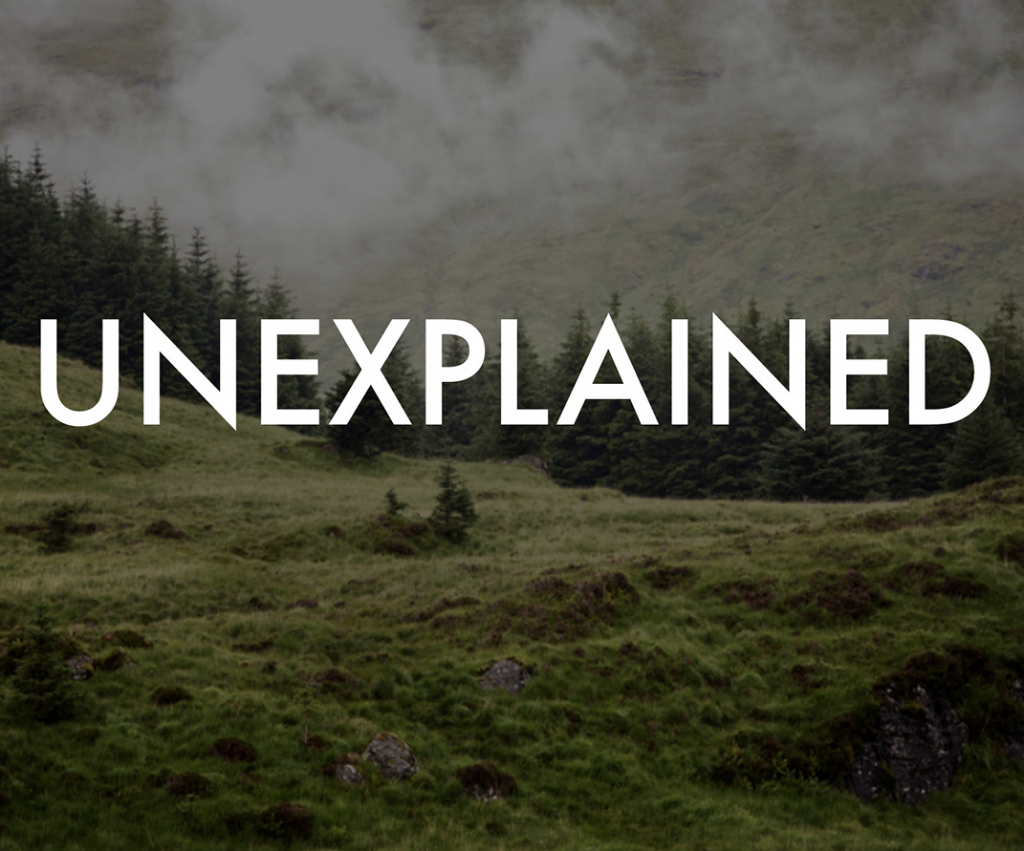 We’ve long been fans of Richard Maclean’s Smith’s fantastic bi-weekly podcast ‘Unexplained’ which offers a glimpse into some of the most intriguing mysteries from around the world. The podcast itself is always superbly well produced with a through amount of research behind each story. So when we heard that Richard was scheduled to perform for the renowned Fortean Society at Conway Hall London we simply couldn’t wait to find out more!

Conway Hall was the ideal setting for such a Fortean event. In connection with Richard’s release of his own book of the podcast ‘Unexplained’ he the night’s topic was the strange tale of the ‘Hexham Heads’. Following the 1970 event which carried both the feel of a ghost story of the era (The Enfield Poltergeist) and British folk horror has undoubtedly left people perplexed for decades. This unsettling tale based in the the town of Hexham followed the story of two young boys discovering two small stone heads in their back garden – and the strange paranormal events which followed. Richard gave a thorough talk on the mystery discussing both potential non supernatural reasons for the heads’ discovery along with the more fantastical reasons.

It was also great to gain an insight into Richard’s take on the story via a Q&A session after the event, in which he went into depth discussing the seeming rise of such mysteries amidst the political chaos of the 1970s. Not to mention pop culture at the time which seemingly was rife with similar folk horror related TV and film references.

Richard also discussed his own passion for tales such as these and told a fascinating account of an intriguing incident which happened to one of his own family members. As with the Unexplained podcast a series of slides were used as a narrative means of leading the audience through each account accompanied with Richard’s simply brilliant score which gave an eerie accompaniment to the event. Though this might have been somewhat lost in a brightly lit room it still gave the whole event an otherworldly depth.

We loved the event and it was a great chance to get an insight into the workings behind ’the world’s spookiest podcast’. To follow Richard’s work and to find out more about his book you can visit http://www.unexplainedpodcast.com

Next post A Spellbinding Glimpse into Magic & Superstition : Spellbound at Ashmolean