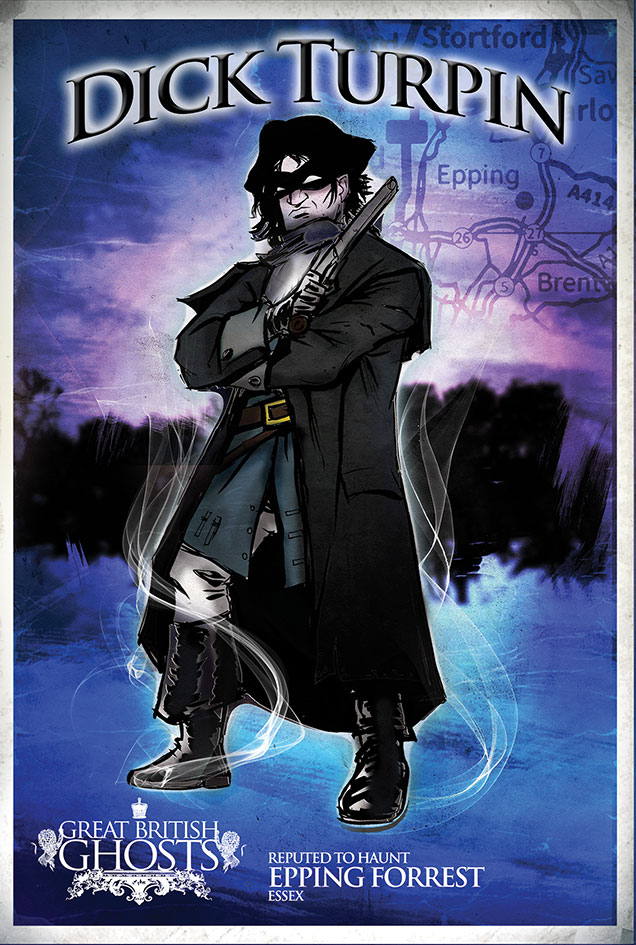 Number 3 of our spooky dozen is the infamous British highway man – Dick Turpin.

Dick Turpin was for a while one of the most feared highwaymen in the UK in the 1700s. Robbing many travellers across the British Isles. Originally born in Essex he was an apprentice butcher in Whitechapel. From there he became involved in the Essex gang, and he became notorious for his highway robbery. His hideout in Epping forrest ensured he had good cover for his despicable deeds with his gang.

Eventually he was caught and taken to York where he was tried and executed.

As a ghost, Turpin is said to be a lot more active and has been seen to haunt York prison, the Spaniards Inn in Hampstead along with many other areas. But he’s been lurking  many times amongst the shadows in Epping Forrest where his old gang used to hide out.

If you’re passing through late at night, be careful…